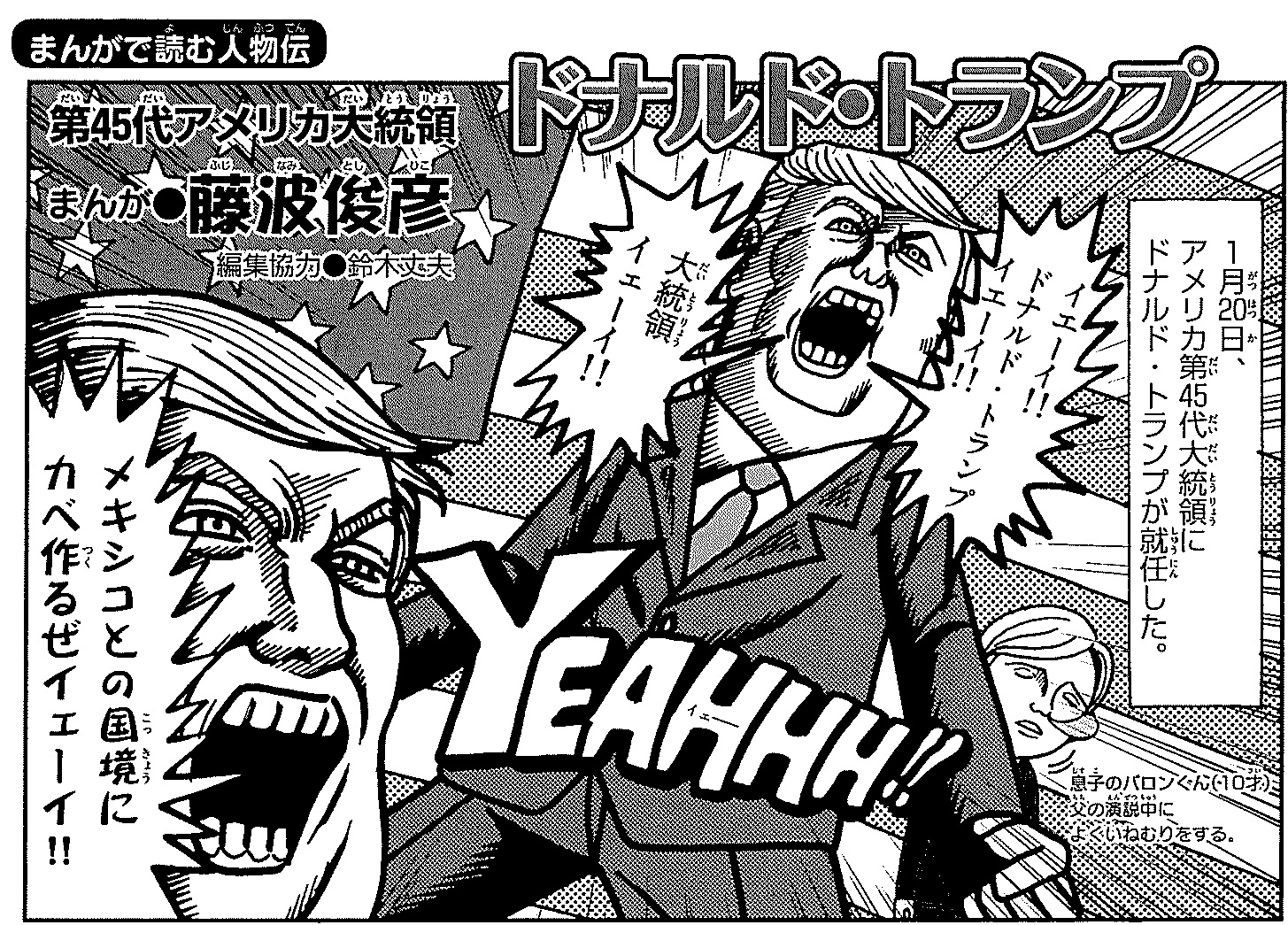 Donald Trump: I’ll build a wall on the border of Mexico yeeeaaah!!

“8th Grade Elementary” is a new children’s magazine in Japan that has become a big topic in many circles, such as the Internet, TV shows and NHK news, Japan’s sole national public broadcasting station.

The same could be said for President Donald Trump (the 45th President of the United States) who is making huge news one after the other, and appears in “A Biography in Manga” found in the magazine’s Noteworthy Features Corner.

This piece is rumoured to be the ‘First in the World?!’ when it comes to a “biographical manga” about President Trump.

The man behind the work is manga artist Toshihiko Fujinami, who has been creating popular works such as “Koizumike no Oyaji”, a comedy manga with a character modelled after Prime Minister Koizumi, a former Prime Minister of Japan.

The American comic book style fully exhibited in works such as “Edomae A Merikan”, a manga that is a parody of American comics, matches perfectly with the high tension seen in President Trump. 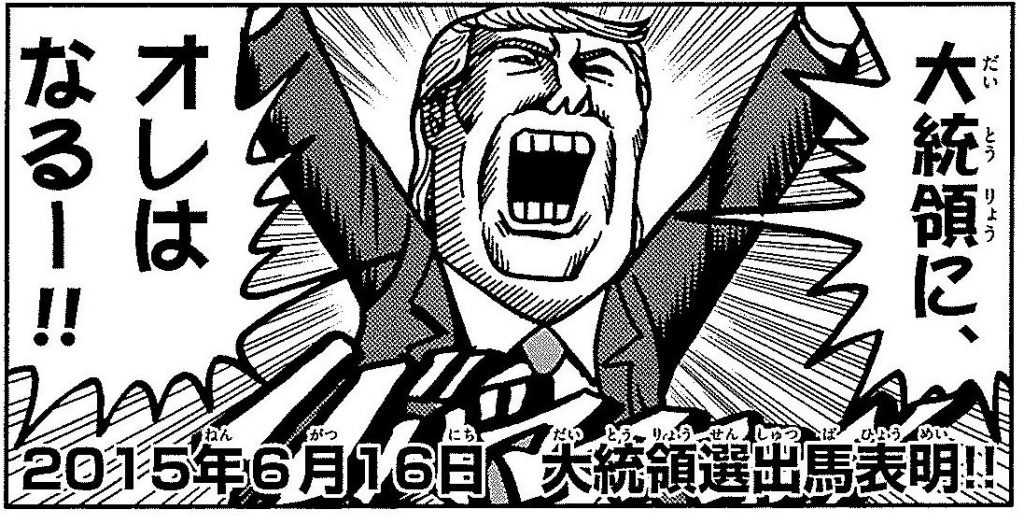 Donald Trump: I will become…
PRESIDENT!!
June 16th 2015 Announces candidacy for President of the United States of America

His experiences in his businessman years is also included in proper detail, as well as of course the episode of his election battle with Hilary Clinton. 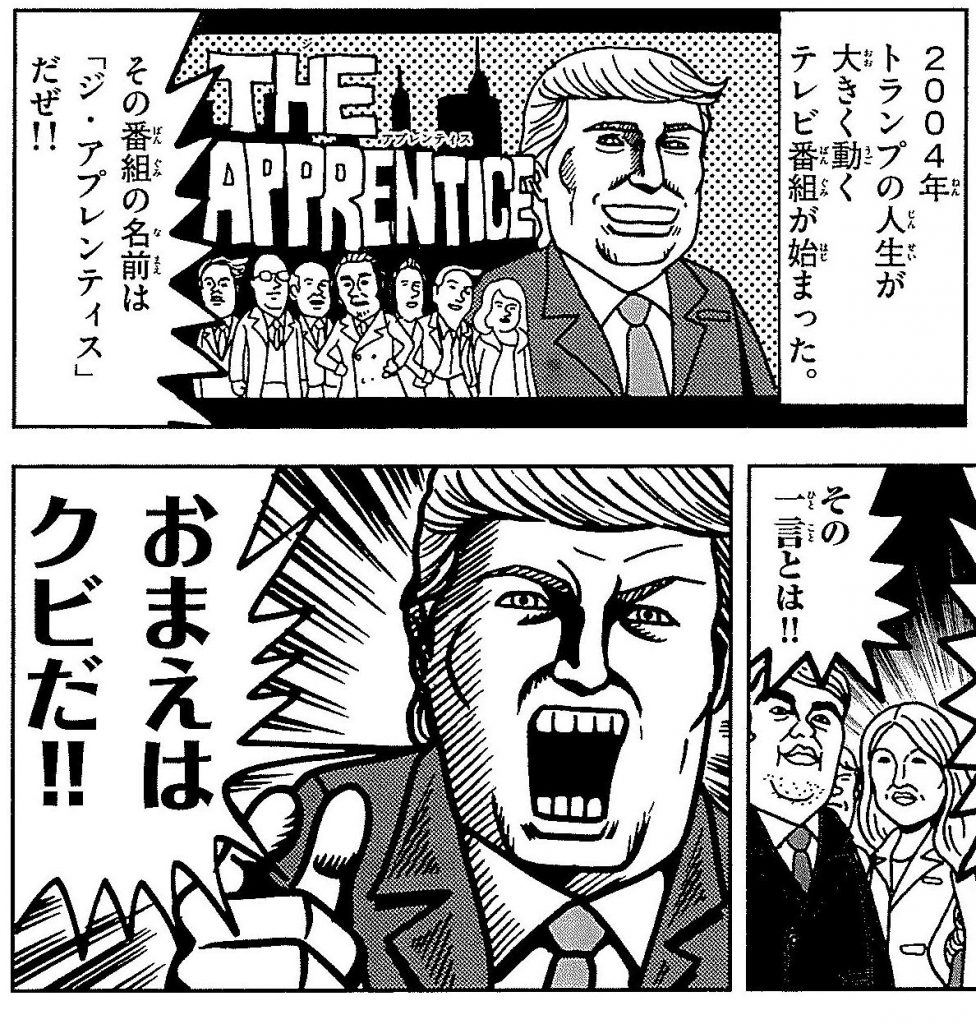 A TV show that greatly affected Trump’s life began in 2004.
And that show’s name was called “The Apprentice”!
And that phrase!!
Donald Trump: YOU’RE FIRED!!

Endearing episodes from his childhood is also included, making it just right for learning about what made the new President of the United States the man he is today. 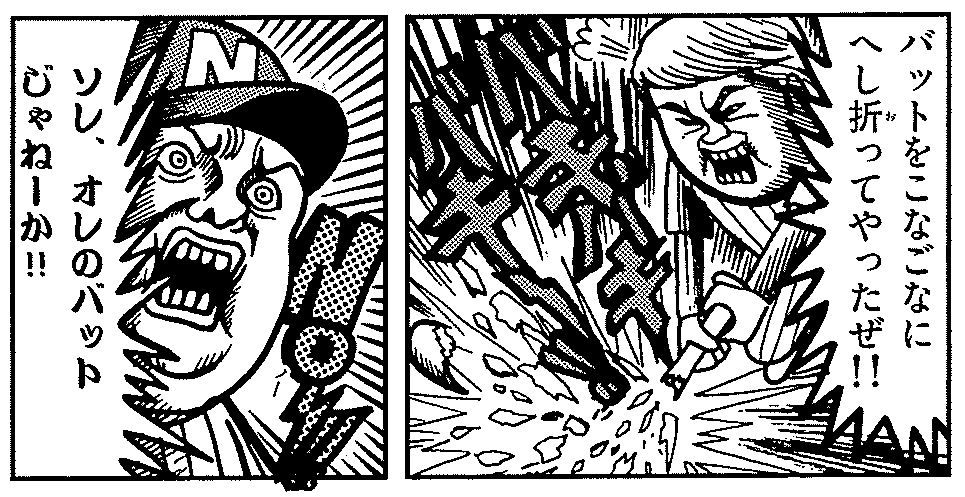 It could be said that this manga is a must-read for understanding these confusing times, not just for elementary schoolchildren, but for everyone. 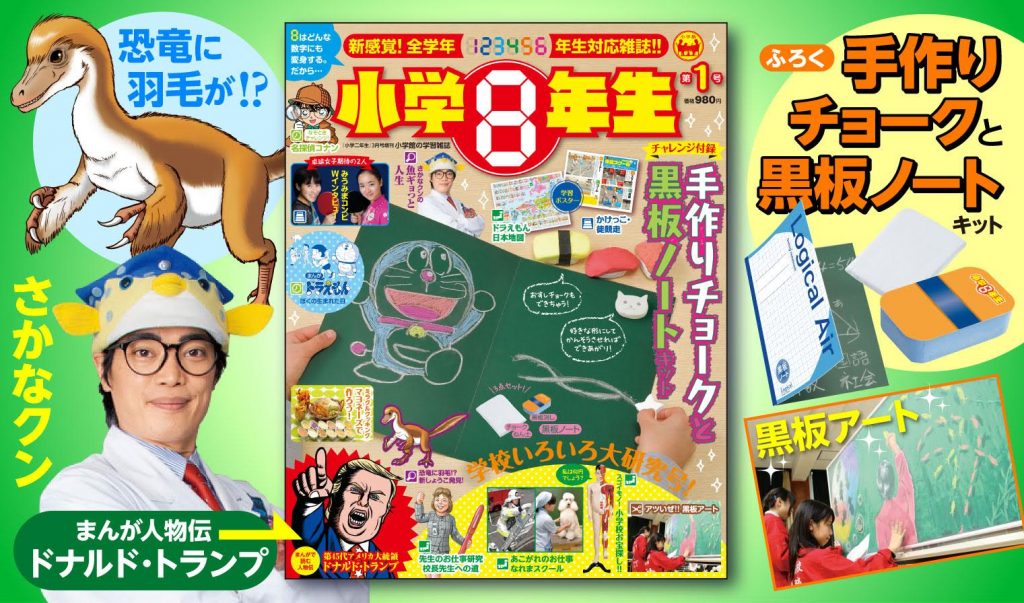 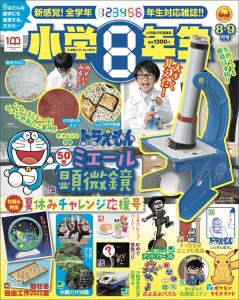